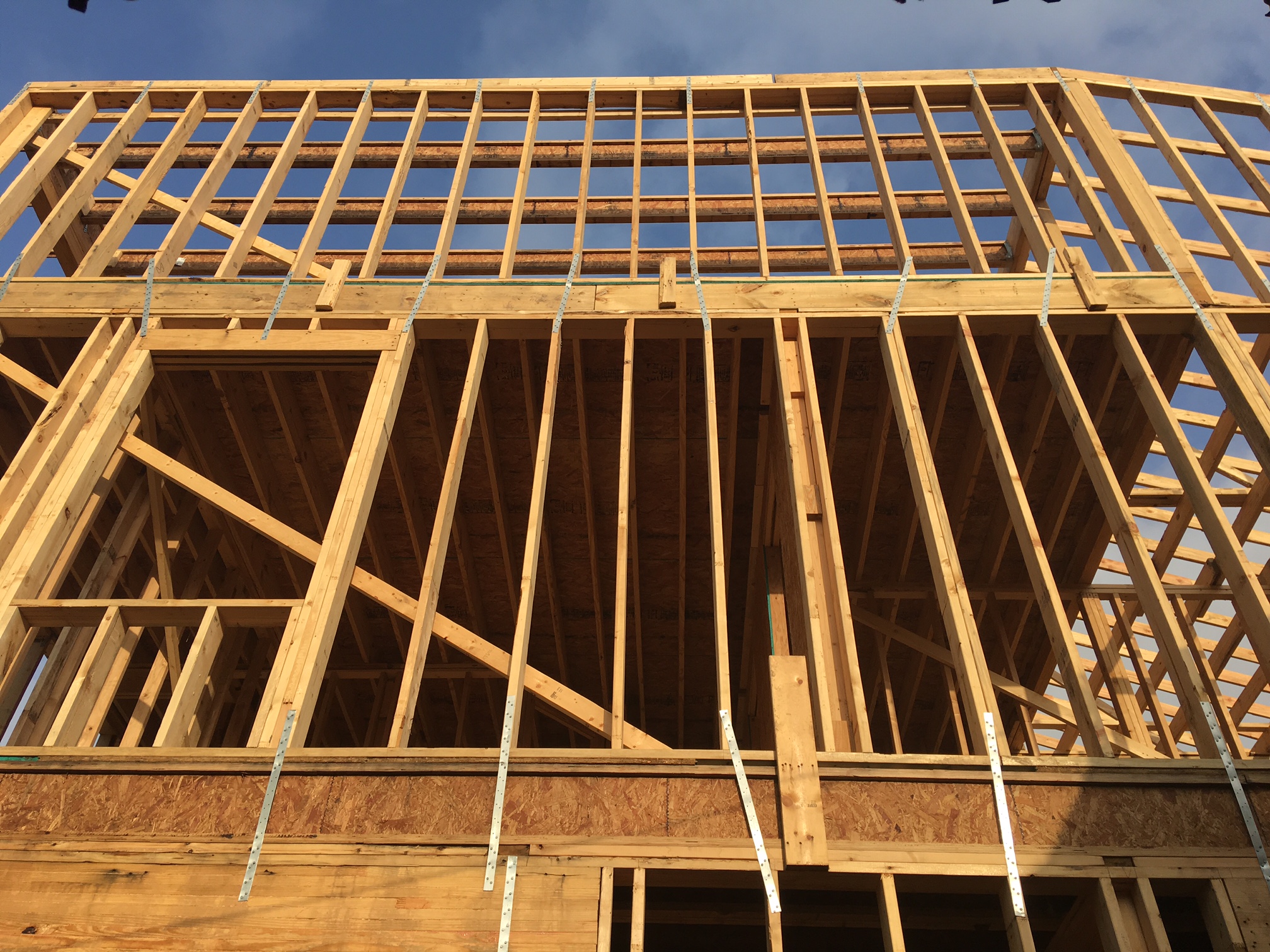 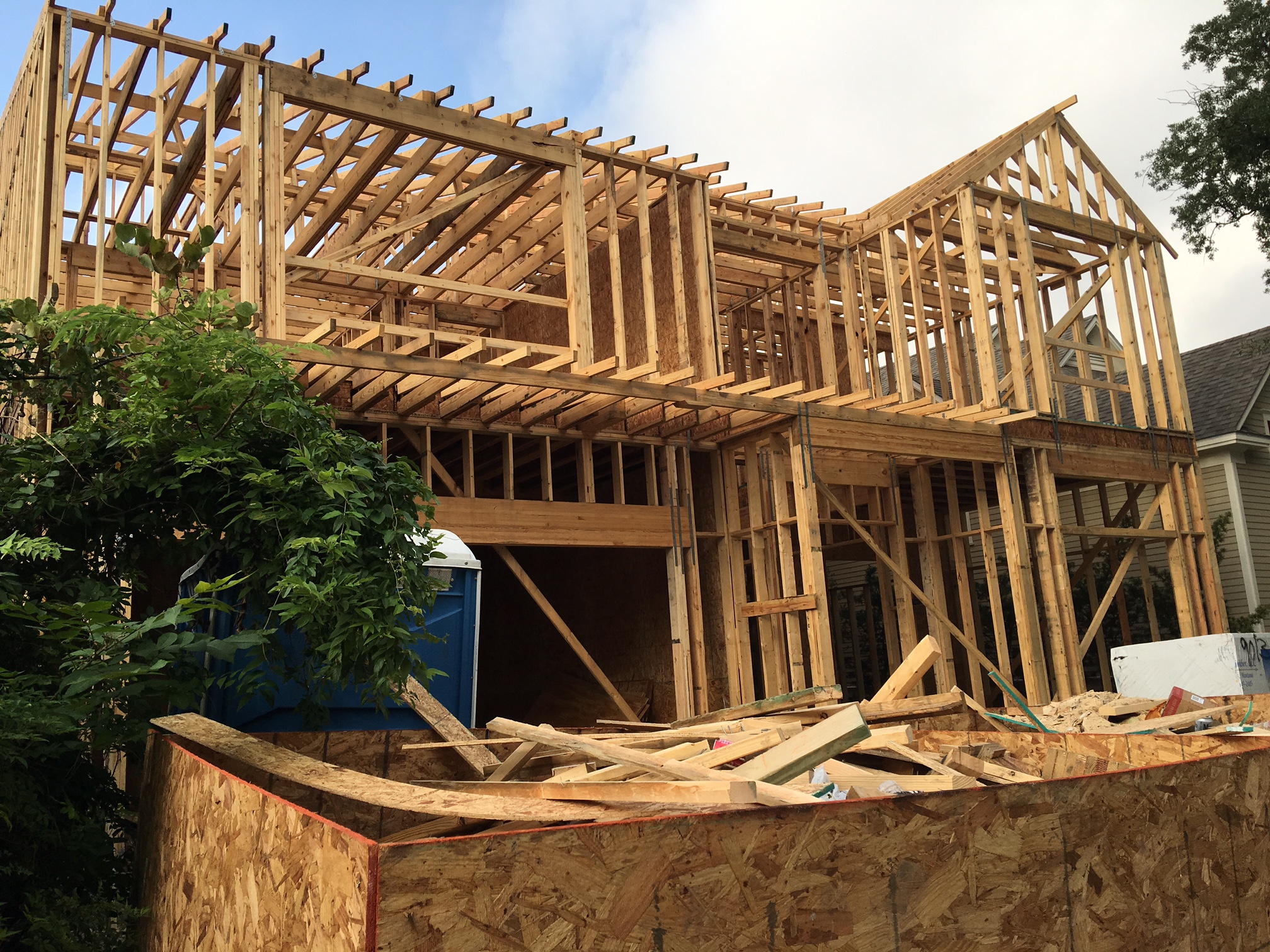 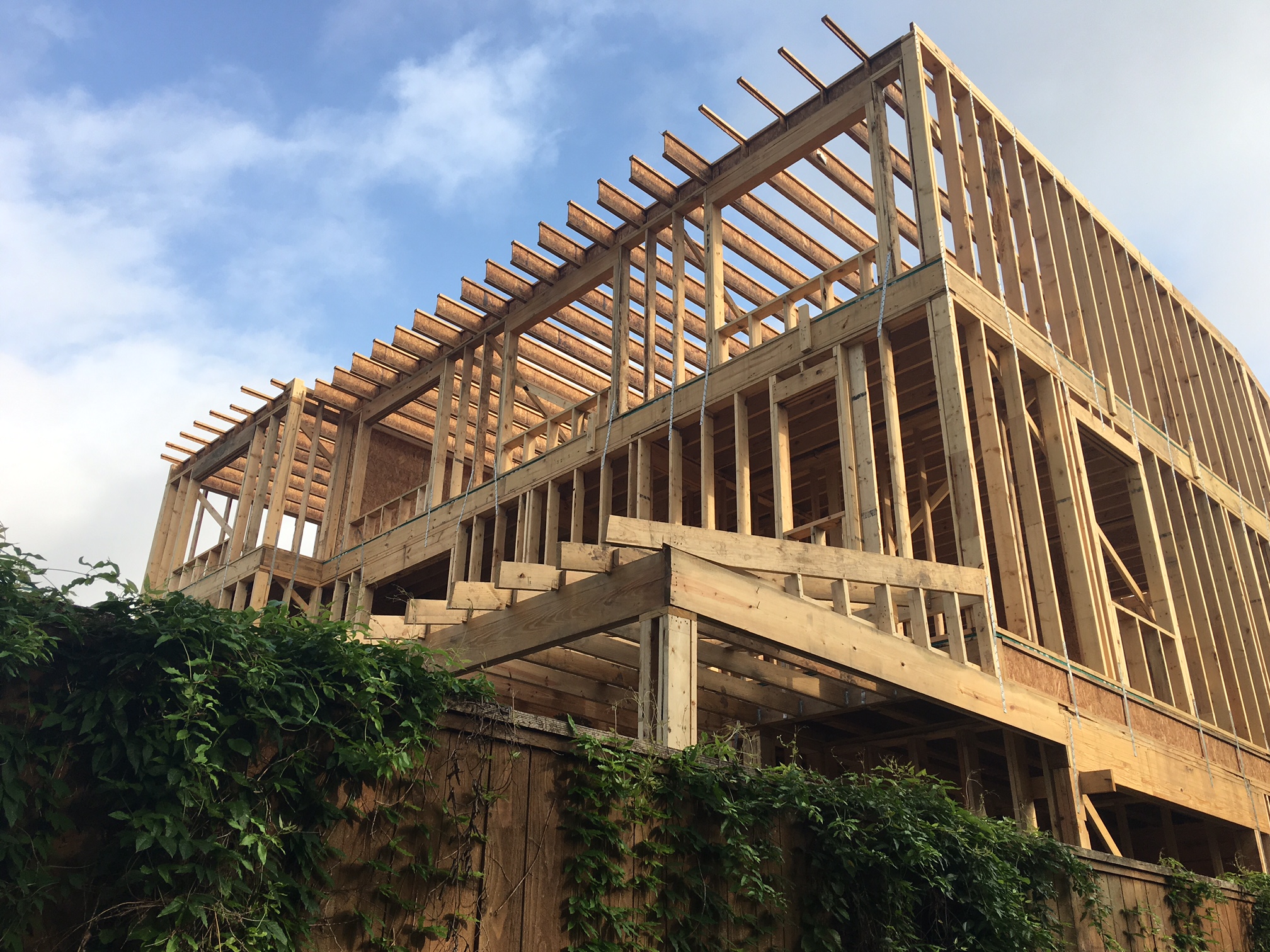 BUILD IT AND THEY WILL COME

I was having a conversation in Spanish with Ariela, the nanny from Monterey, Mexico, who lives with my recently married, recently parented, recently home- owning neighbors across the street. She was pushing their baby in a swing they recently attached to the venerable front yard tree (the only thing left of the 1928 home they recently demolished).

But let me be honest, when I say a “conversation in Spanish,” I mean my broken, basic grasp of that language with Ariela, who speaks no English.

The young dad came out and as any good nosy neighbor would do, I asked about the home he and his wife are building to sell. A year ago, they purchased the 1,048 square foot, one story 1929 bungalow next door to me from the distant relatives of, God rest his soul, my dead neighbor. They quickly tore it down. With the exception of increasing the rat population now scurrying in my attic, that was a good thing.

Their spec home is partially completed and towers above my two-story crumbling abode, taking up close to the entire lot. I nonchalantly asked how big it was going to be. “Six bedrooms, 5,300 or so square feet,” was his answer. I guess he noticed my widening eyes and added, “Well, we have to build what this neighborhood is asking for.” And with that, he turned on his heel and took off for a jog down our construction-laden street.

His reply, his way of thinking, got me to thinking. Is “my” inner city neighborhood, one of the first suburbs in Houston (and having never experienced gentrification), really begging for a three-story, six-bedroom, 5,300 square foot home? And just who is going to buy this kid ranch? And are the children going to miss having a swing in their yard, as there’s not even room for a tree?

Here in Upper Kirby, the 1928 bungalow is as rare a sight as seeing a dog owner on my lawn picking up their pooch’s poop with one of those organic, green plastic bags.

I get it. It’s not shocking. It’s not unexpected. It’s not wrong. The impetus in building a (spec) house is to make money off the investment.

But, does it make sense to build another Tudor-style home first introduced in England in the 1400’s? Does the Chateauesque home my young neighbors live in, a plan straight out of the 16th Century with its steeply pitched roof and complex façade, fit in with who we are now and how we live today? Does their new non-descript spec house with tiny, unrelated rooms split between three floors bring any of its occupants together? And is my neighborhood really “asking” for a home this size?

Should builders continue to build homes that reflect lifestyles we no longer connect to? Should those who design now build bold, forward-thinking architecture for the next generation of homeowners?

My neighbor’s father-in-law is the New York builder for both houses and has managed to combine Texas-sized houses with roofs for snow-laden climates – resulting in two homes with little eye toward design or functionality. It’s all about the size, baby. Like the song about the San Antonio Convention Center goes, “It ain’t pretty, but it sure is large.”*

I’ve got nothing against kids (raising one of my own) or new homes (I’m building one myself) or realizing a 1928 house doesn’t really support our 21st lifestyle (I’ll be tearing mine down soon). But does the sole architectural foundation (literally and figuratively) have to be built on just six words: “Build wide, build high, build big”?

Is it right that for profit, one person, one builder, one neighbor build “what the neighborhood is asking for”, despite its footprint, design or ungainly heft? And on spec with the hope that someone at sometime will move in (especially in this depressed market)?

I’ve had an interesting side row seat in the building of this home, which I’ve heard will be put up for sale for over a million dollars.

Their profit-driven venture has mandated a cheaper, post-tensioned slab on grade, leading to shifting foundation; wood frames held together with glue; cheap siding; an off-brand moisture barrier; large picture windows that look onto my very close fence and an elevator shaft that only goes to the second floor. Maybe 88 years ago when the original settlers of this area designed their 900 to 1600 square foot bungalows, they too had convinced themselves they were building “what the neighborhood was asking for”, just like my neighbors believe.

But somehow I think when viewing the behemoth next door, they’d beg to differ.