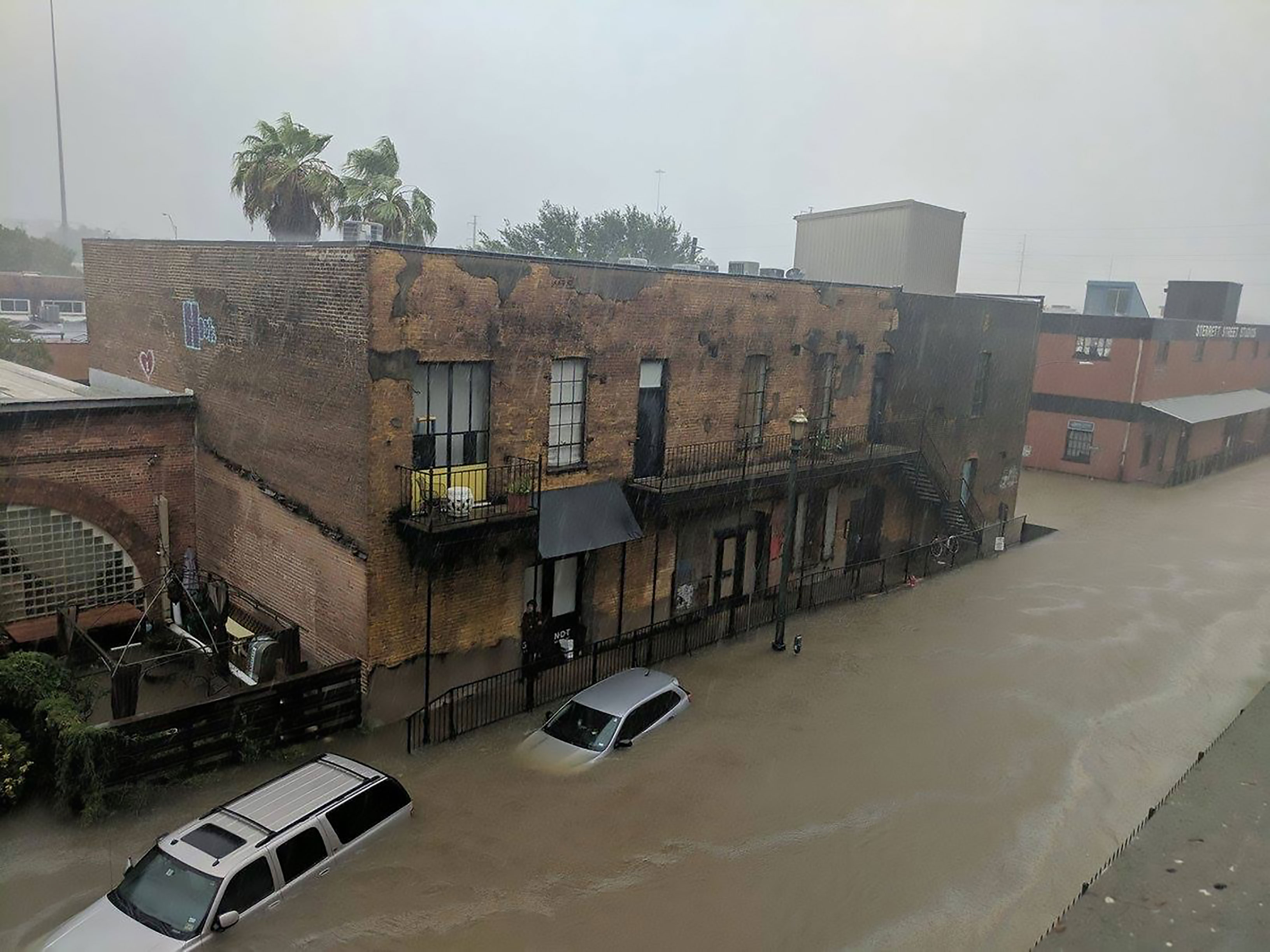 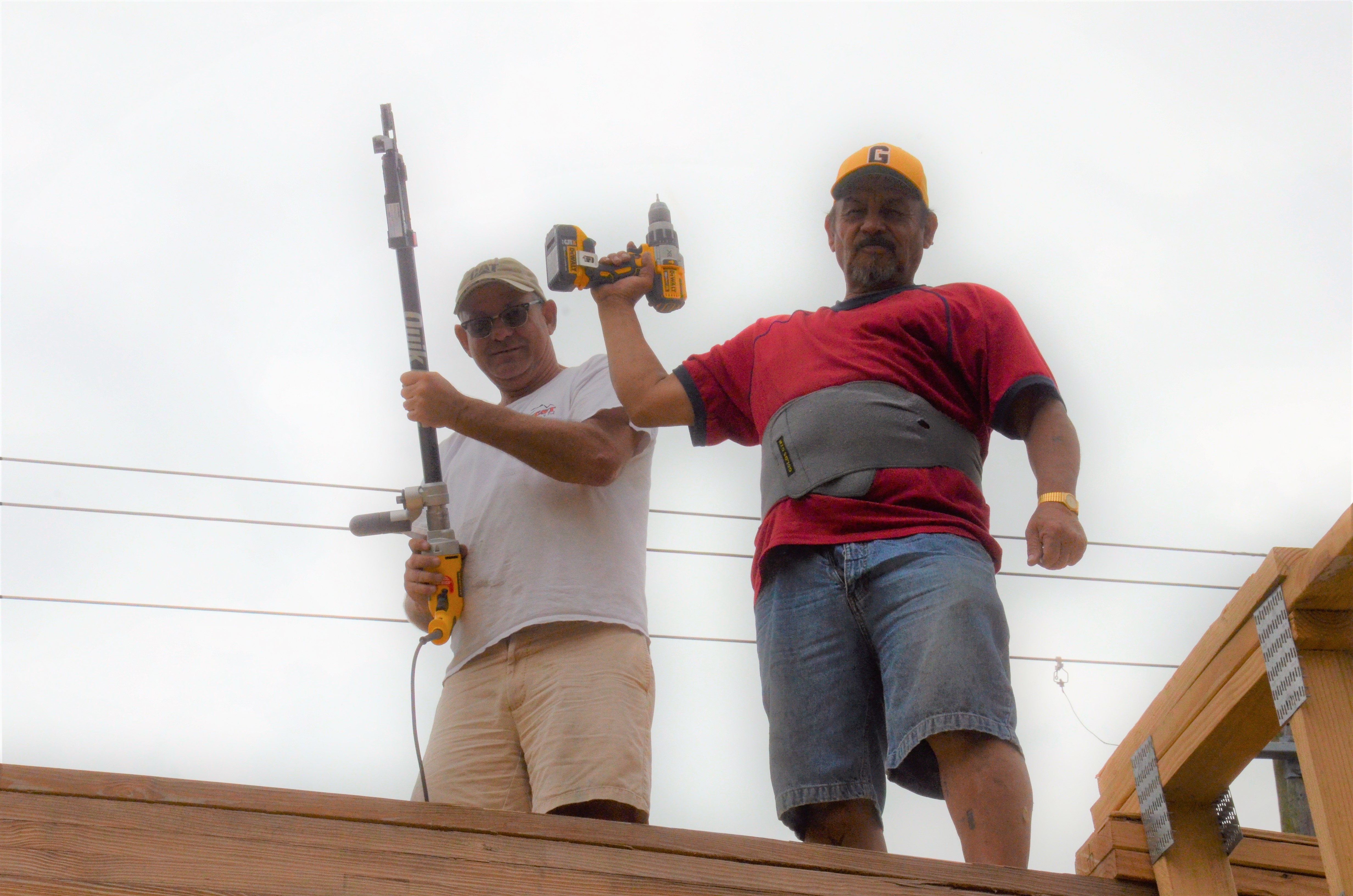 A Study In Building Your Own House

This is a tale of two crazy 58-year-old kids (me & Gary) building our two-story home.

We’ve never built a house. No one can tell us how much it will cost. No one will venture a guess as to how long it will take. And no one will say (though we suspect most people think), we’ll never be able to do it. What people do tell us is that our relationship is doomed.

We threw caution to the wind and declared, “WHAT’S LIFE IF NOT LIVING FULLY?” and tore down my 1600 square foot, 89-year-old house to build in its place, a contemporary 3200 square foot home to share with our cantankerous cat Kaylee, my 12-year-old son Tucker and Gary’s 23-year-old son Thomas when visiting from Colorado.

Follow our journey as it unfolds in real time. Watch the documentary (currently in production). Live vicariously through our construction foibles, frustrations and frolics as we move at glacial speed in completing our dream home.

The venture started as “Let’s build our own house!” Turns out, it’s about “How will we choose to live while building this house?” Who knew we’d still be living AND WORKING “the dream” three years later?

Tucker was in elementary school. In three months, he starts high school. Thomas graduated from college and now runs his own business.

The company I launched is halfway through its second year.

Gary & I said goodbye to our fifties and hello to our sixties.

I bought a camera and taught myself to shoot so I could make a documentary (when I teach myself to edit): “Building My Own House”.

Doves were born inside the light fixture on our apartment deck. A robin was raised in a nest perched on a power pole at the site. Nurtured by their mothers, all babies have long since flown their coops, but still drop by every now and then to show off their mates and offspring.

The tiny bungalow turned McMansion next door ( Read "Build It And They Will Come") finally sold (for $1.5M). The small house behind us was demoed and a family moved into their brand new two-story home last month (the perks of hiring a builder, I guess).

We (& our partially framed house) survived a raging hurricane (Harvey, that is) which took our city, H-Town, down under 6 feet of water. Documented acts of heroic deeds done during this catastrophic storm abound. It's hard to keep a Houstonian down.

We were amazed to find SNOW on the site twice when a storm hit our Bayou City.

And oh yeah, our "Clutch City" won The World Series (in the opposing team's hometown no less). Go ‘Stros!

As I write this we are cheering on The Rockets as they are tied 3-3 with the Golden State Warriors for our chance to get into the finals (will Houston finally reach Three-Peat basketball status promised so many years ago?)

Has our city taken on our indomitable strength? Or have we taken on the strength of the city? This and many other things have yet to be uncovered.

Just as this house has lived through demo destruction, re-building, setbacks, challenges, epiphanies and joy, so too have the people building her. Lives have been touched. Some briefly. Some not. Most happily. And there are still things to discover.

In building our inspiring and insular “compound” where we picture ourselves sheltered from the world outside, we’ve asked for help from the community at large. We can’t do it alone - a thing this big. Could this house- building thing be a metaphoric microcosm for life itself? Inquiring minds really do want to know.

After twelve months of framing the house ourselves on weekends, Gary quit his job to work on the house full time (with the help of Guillermo, a hard working, personable construction worker). We’ve had to renew our apartment lease twice. Our rent is now higher than our mortgage payment.

In addition to the 40+ Whataburger meals picked up for the crew, I’ve delivered over 100 gallons of Gatorade and water, innumerable Banh Mi sandwiches, tacos, kolaches and donuts to the site. I've downed many jars of pickle juice during the hot, humid summer months (summer #2 is nipping at our heels as I write this).

As everyone begins a long Memorial Day weekend (our second since framing started), we found ourselves out at the site at 11 PM last night, mending the temporary fence that had fallen during the evening's rainstorm.

There are no leisurely weekends or holidays off. Time I once spent perusing Pinterest for decorating ideas now seems like such a frivolous pursuit; sort of like buying a bunch of stuff without having a place to put them. Wait! That's exactly what it is in this case. Gary wakes up at 3 AM wondering how he’ll frame a side of the house with nothing to stand on. And the bank account continues to drain at a dangerous pace.

Gary shoots me down when I ask, “Would we have done this knowing what we know now?” Because like any soldier in battle, we won't retreat – we're taking that fucking hill. At any cost.

And this is a battle - of wits, time and mental and physical strength.

Last week we started framing the second floor and for the first time I can visualize our home. I haven’t been able to say that since we demoed the house 15 months ago. This mental shift supplies the push we need to turn things into a fait accompli.

But until then, I continue perfecting my rice and beans recipe and resist all urges to buy something cool for the new house. I now cut Gary’s hair (never say never) and am thankful Tucker’s growing his long. Our uninformed "Let's Build A House!" quest is approaching three years of deferred pleasure and tedious struggle. Every dime spent must be analyzed and appreciated for its worth.

Yet through it all, I can honestly still say with glee: Let the Gatorade good times continue to roll!