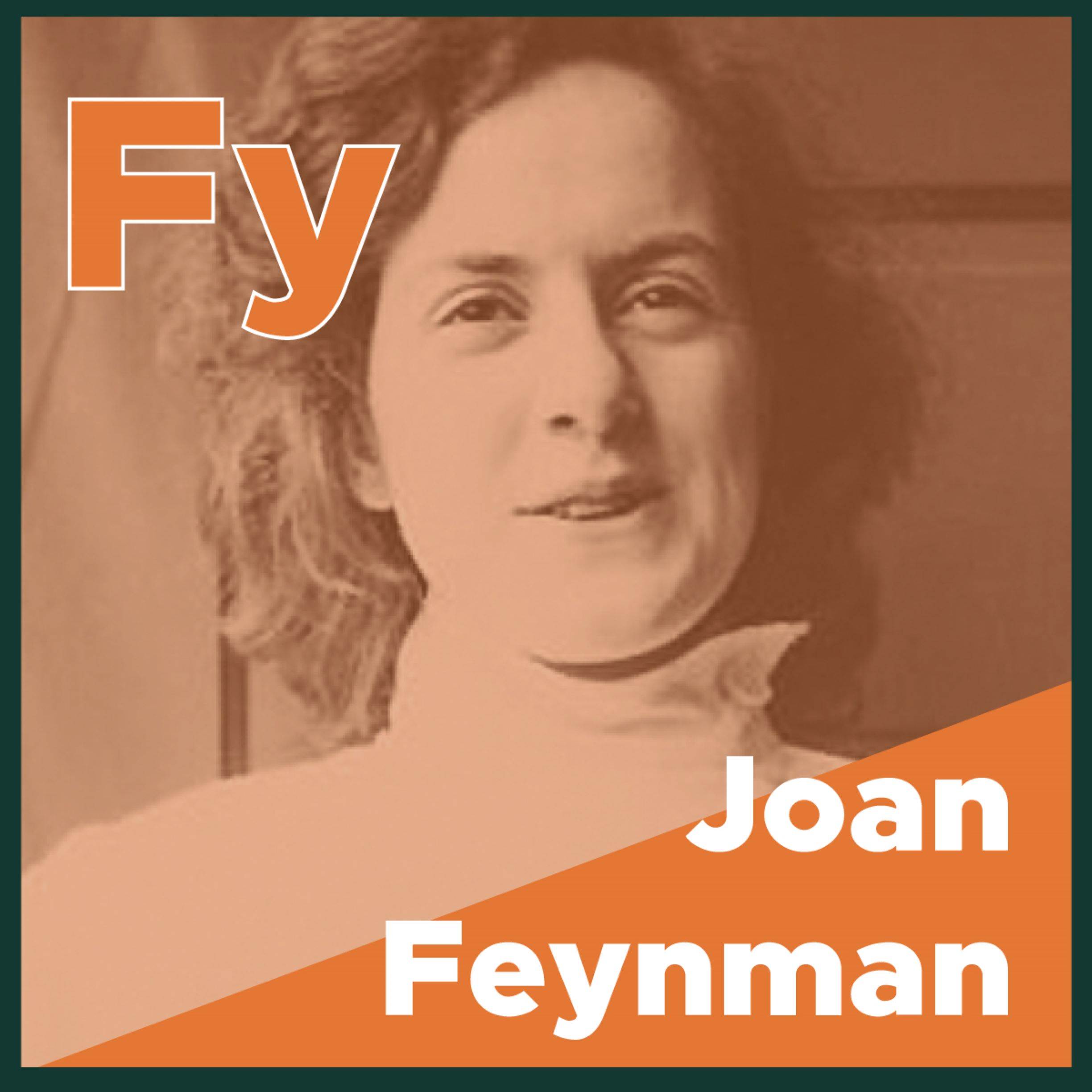 SAD THEY ARE GONE

(But happy they were here)

It’s 7 AM, cold, windy and dark here at the construction site in Houston. I’m waiting for the HVAC inspector (Heating Ventilation Air Conditioning) to arrive at some undetermined time. I just got a call letting me know my ex (with full time job and a brand new car) has asked for a reduction in his child support and The Attorney General of Texas has granted his request. My business has decreased (along with my salary) by 90% since COVID took over in April. This recent financial revelation brings in a new chill.

Post HVAC inspection, we must take down the wooden staircase (for the third time), as it’s 1” too high to pass the long-awaited framing inspection. My ever-industrious welder agreed to a great price to make the new one of steel (which was our original desire). Even with the stellar deal, we can’t afford it since my business took a sharp nosedive. All the money we have left for building the house now goes to paying bills. But as Gary and I have been doing all along, we continue moving forward to fulfill our vision despite constant economic challenges – and by that I mean we AIN'T GOT NO MONEY!

Following our “Leap and the net will appear” philosophy in life, love and construction, we remain determined to build the house well and not compromise in its design. This manifesto has engendered incessant sleep deprivation, worry, fear and panic for nearly 4 years. But, THE UNIVERSE WANTS US TO FINISH THE HOUSE. How do I know? Because just when we need it the most, when we're financially down and out with only a partially built house to show for all the years of hard work and sacrifice, money arrived from completely out of the blue. For the first time in a long time, I believe we can really finish the house and move in. We've spit in the face of COVID-19, hurricanes, floods, job losses, a pandemic and an ex-husband that right now I’d love to leave stranded down by the river in a van.

But enough about me.

RICHER FOR THEIR PRESENCE

Unrelated to COVID-19, three people recently died: One I knew well, one I didn’t know at all and one everyone “knew” and was part of my youth. Death no longer seems a distant concept, the Sword of Damoclese hanging over my head, especially living through a pandemic. Reality gives one pause. My options are to curl up in a corner, stay constantly pissed or determined to push through to the other side.

Sherri was 2 weeks shy of her 76th birthday when she died in September. She was only a composite drawing based on the family stories I heard while growing up in New York. As the fourth of five girls, I was envious of her “only child” status - “How wonderful would it be not to have to share everything (including your parents) with 4 sisters? No sharing a bedroom! Money for vacations! A bathroom all to myself!” I dreamed. Sherri, who grew up in Texas (where my mother was born & raised in San Saba) might as well have been the moon – it was just that foreign and far away. And my cousins living in the Lone Star state were as distant in my life as the ranches, cows and horses they lived with or around.

Sherri’s father, Glen, was my mother’s favorite sibling whom she idolized. Mom never got over his early death. Her mother, named Perky, was never able to live up to my mother’s high ideal of the kind of person Glen should have married (serious, like Glen). As you might guess, “Perky” was indeed the opposite of serious.

I was torn from New York at 15 ½ years old, when we moved to Texas. It was then that I met Sherri (and Perky) for the first time. Sherri was tiny and blonde and well, Texan. She was polite, had an infectious laugh and I don’t think a mean bone in her body. She and Perky showed up together at every holiday and party we had (that’s them in the 1988 group shot taken at my mother’s 70th birthday and with my sister, Melodi, in 1993). I guess Perky wasn’t too frivolous, as it seems she’s wearing THE SAME OUTFIT, right down to the pearls to both parties, 5 years apart!

Sherri never married and never had kids. She inherited her mother’s love of poodles (Perky’s large poodle was named “Jerry” and she would get his nails painted green…an image that has never left my memory). Sherri raised, bred and “showed” standard poodles. It was her life (in addition to being a writer at Compaq and then Hewlett Packard). She loved champagne, had many friends and realized she had a safe and privileged life. She died alone, surrounded by her four-legged friends. But as I think about her life, I’ve got to believe that kindness never really dies, does it?

STARS IN HER EYES

What do you do when you want to be an astrophysicist and your mother tells you as a female your brain can’t do science? And when you plan to write your thesis on “absorption of infra-red radiation in crystals” and told by the university to write one on cobwebs instead – it’ll be more useful for cleaning a house.

If you’re Joan Feynman, you struggle to find work in a man’s world. Eventually, your lack of confidence and closed doors convince you that marriage and children and being a homemaker are your only options, despite making you miserable and depressed.

On page 407 of a college textbook on astronomy, which her older brother gave her (he being Nobel Laureate Dr. Richard Feynman), she discovered a woman was working on stellar atmospheres. Feynman realized if Cecilia Payne-Gaposchkin can be both married and a scientist, then she damn well could, too. Her world, both literally and figuratively, was expanding. She traded in her oven mitts for a microscope at NASA’s Jet Propulsion Lab.

But as I think about her life (and death in July at 93), I wonder if it were not for her tenacity would anyone else have discovered the cause of the aurora borealis in the northern hemisphere and the aurora australis in the southern hemisphere? I think not as I look up at the stars at night.

RUNNIN' WITH THE DEVIL

When one of your contemporaries bites the dust, it’s a real bummer. Eddie Van Halen played his final chord last month. This gloomy fact forced me back to a time to when I was barely “legal” (in today’s terms). Driving around in my Toyota Corona (purchased new for $3800), I’d rock out to the band’s now signature songs: Jamie’s Cryin’, Atomic Punk, Runnin’ with the Devil, On Fire and Ain’t Talking ‘Bout Love.

I was 21 years old and invincible. I never dreamed that 42 years later, almost to the day of the release of this first album, this creative genius would be gone at 65.

Like the scent of salt water that conjures up memories of summers at Jones Beach, hearing Eddie Van Halen’s guitar riffs reminds me of my youth – behind the wheel of my own car, hair blowing in the wind, with the whole world ahead of me.

Though I can’t mourn Edward (as he liked to be called) Van Halen beyond his persona and talent, I can mourn the spring of our youth we shared at the same time; when the world was our oyster, everyone had great hair and so many barriers seemed to be coming down. There’s even a study proclaiming 1978 as the year when “the world’s quality of life peaked, after which it has gradually deteriorated ever since.” Oh no, I hope I didn’t peak in ’78. I’m not ready to concede to that.

DON’T BE SAD THEY ARE GONE, BE HAPPY THEY WERE HERE

An ebullient cousin I befriended dies unexpectedly, a significant scientist I just discovered leaves the planet and someone who played a part in my youthful hedonism takes his final bow. And yet the world continues going ‘round. Don’t cry because they’re gone. Be happy because they were here.

For the record, I’m a David Lee Roth over Sammy Hagar fan. Driving with my head in the clouds lo those many years ago, I connected to the lyrics when he sang, “Little Dreamer”:

They may talk about you cold when you were

Headed for the skies

But you were young and bold, and baby

Didn't that change with a wink of your eye

Now no one's talkin' 'bout those crazy days gone by

No one talks about the times you cried

(Photographs from the collection of the author, unless otherwise noted. Photograph of Eddie Van Halen from author's original record album, 1978. Photograph of Joan Feynman from mujeresenlaciencia.amc.mx).