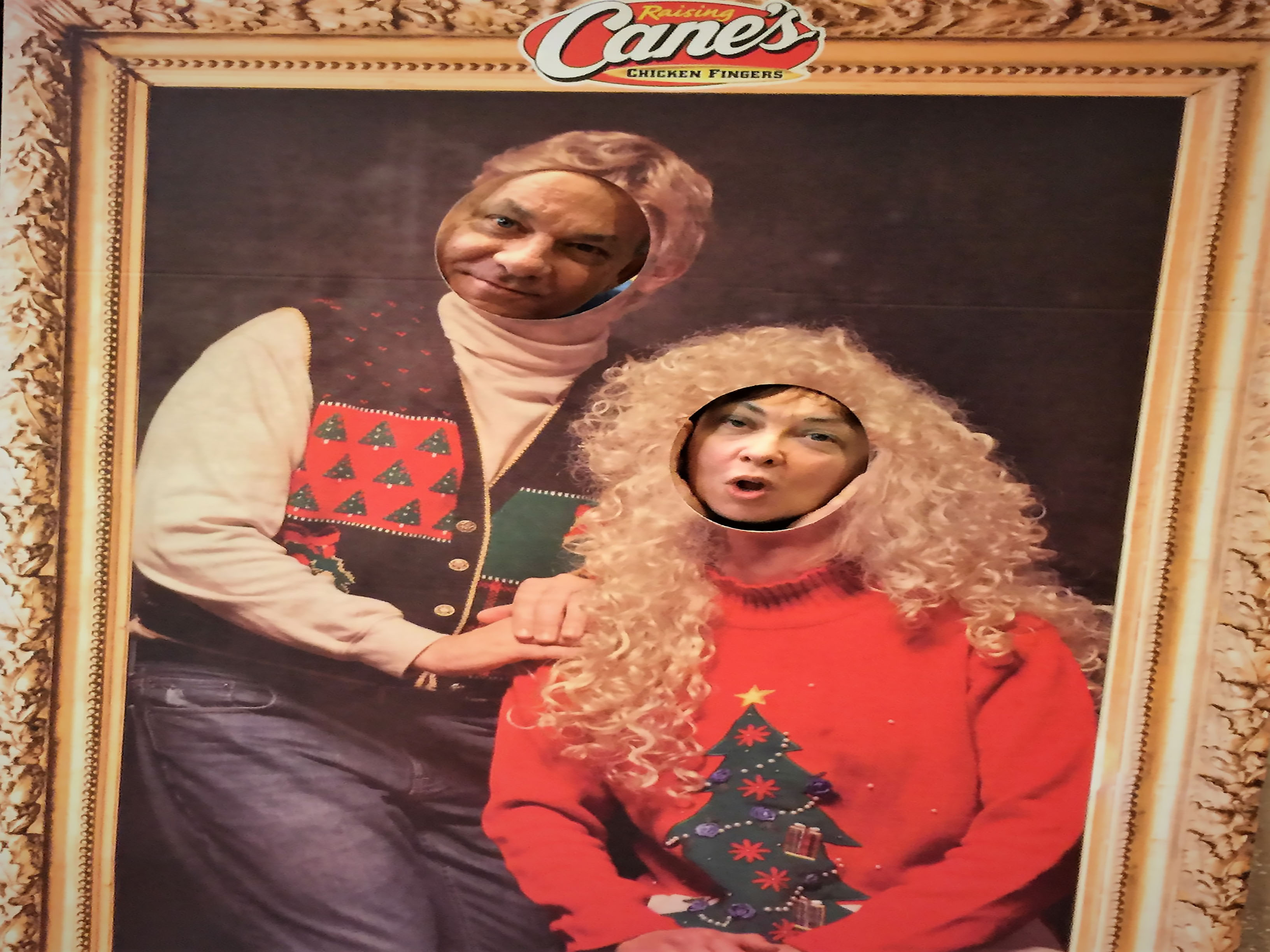 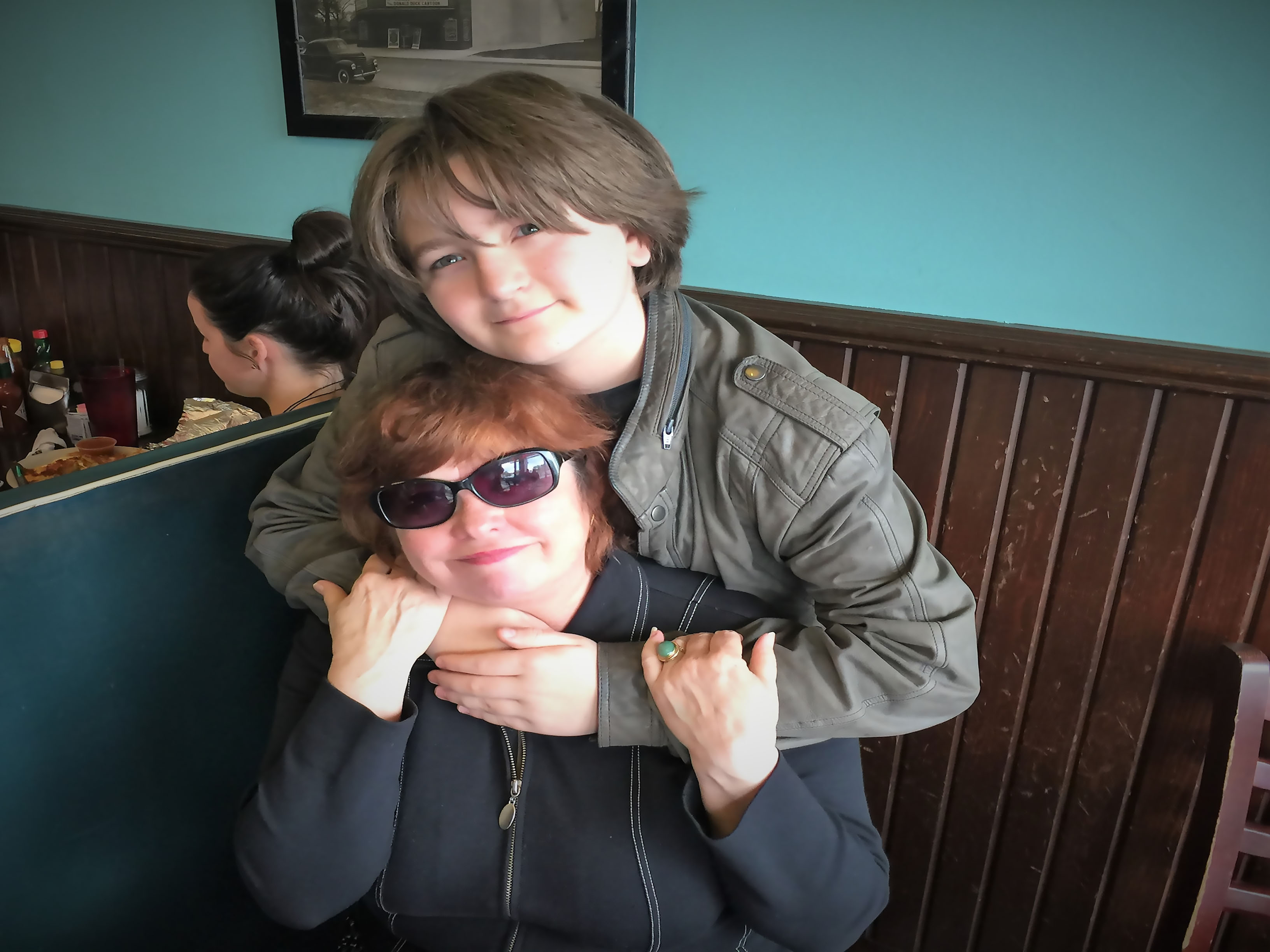 What Do You Do With All The Old Stuff?

This post, tinged with loss and sadness is really about hope and resilience. Or to put it more bluntly:

HOW DO YOU FIND A KERNEL OF HAPPINESS BURIED INSIDE A TURD LEFT ON YOUR DOORSTEP?

As a final act of defiance, 2017 had me fired from a long-standing end of the year job. Not that 2017 said, “You’re fired!” It was more like, “We’re a non-profit and have used the money we normally award to you in another way.”

“BULLSHIT!” I yelled at my computer (2017 was too chicken-shit to say this to my face or over the phone). When working with the new marketing employee last December, I figured it would be my last year with that company. As a freelancer, new employees are the kiss of death as making their own mark in their job is of vital import in both small and big ways.

I was officially ROASTED! There was no “Thanks for the good work these last five years. We appreciate you always doing a great job for very little money. Your creative ideas have been valuable to building our brand.” The time it took for the director who originally hired me to write that brusque e-mail was just a scratch off his otherwise busy list of things to do right before Christmas.

This rejection brought on feelings of FEAR (can I pay my bills this month?), HURT (unceremoniously dumped), SHAME (another company is better than mine?), SADNESS (don’t people see my value?) and ANGER (after years of working together you felt okay doing this in an email at the very end of the year?)

I reminded myself the writing had been on the wall twelve months ago when the new employee arrived. So, this news shouldn’t blindside me now. Wallowing in my pain would just be overkill. This attitude looks good on paper. Sounds great when I read it out loud. But in truth, accepting this disappointment and moving forward without fear, hurt, shame, sadness or anger has been very hard for me to do.

2017 took some personal swipes, too. Just like Sean Penn, I fell victim to “ghosting” by someone quite close to me. One day we were chatting every week on the phone, sharing Christmas dinners and exchanging gifts. Then the entire year went by where we were estranged. And as with director at that non-profit company, I received an e-mail last week announcing she had other plans for Christmas that wouldn’t include me (though an invite to her home post-Christmas was extended). Her notice by email was not a surprise. But expecting the bullet doesn’t make it any less painful when it eventually pierces your heart.

I can only guess at what I said or did or didn't do to piss her off again. Maybe I should have apologized just to get things "back to normal". Should I have pushed harder? Left more phone messages? Tagged more photos? In this end-of-the year reckoning I must ask myself: Is this a friendship worth fighting for? Would serving myself up on a silver platter mend the broken relationship? And do I want a friendship where I must take the walk of shame just to get my foot back in that door?

These personal and professional “attacks” to my psyche sucked. And I assisted the negativity by doing the very best I could to ramp up every shitty thing I thought about myself to myself. I egged myself on to see just how awful I could treat me. Insignificant? Check. Maligned? Check. Forgotten? Check. Old? Check.

I don’t want to be that sad, bitter, self-pitying person who defines herself by the negative. This year has been physically, mentally, financially and spiritually hard. But I’ve chosen - no - PUSHED MYSELF to see the losses and big challenges of 2017 as only bookends to an otherwise intriguing library filled with sexy, witty and accomplished stories – all written by me:

I dreamed of Mother Tucker’s Lounge. And made it happen. I learned about coding and update the site myself - it hasn’t always been consistent this first year, but I hope (for anyone out there reading this), it has been entertaining and thoughtful.

My business in this first year showed a profit. Not as much as I would like to have seen and not as much as I need to be financially okay. But for having to start over professionally and doing it solo, I'M STILL STANDING.

I was awarded “The Robertson Prize” for my non-fiction story which was published in the literary journal, The Glass Mountain. Friends were there to support me as I read the piece at Brasil Cafe for the launch of the quarterly journal. (Read Mother Tucker’s Lounge: “If a confession falls and no one is around to hear it, does it still make a sin?”).

My love life grew richer. Two sixty-year old's make love, laugh and throw caution to the wind by undertaking the overwhelmingly herculean job of designing and constructing a house together without hitting the other one over the head with a hammer.

My son turns fourteen Christmas Eve. Living AND working in this very small apartment with he and Gary while we’re building our house has brought us closer together (figuratively and VERY literally). We throw imaginary confetti on him as he passes underneath our balcony on the way to school every morning (“The Tucker Parade”). I’m here every day to embrace him with a hug and a kiss when he comes home.

I’m building a very cool house with my two guys. EVERY WEEKEND since May has been spent working construction (the only way we can afford to get the house built). Holidays, broiling summer days and now rainy, cold weekends are consumed by this. I crave a weekend to sleep in, read the paper over a cup of coffee or just twiddle my thumbs. But I’ve learned how to put up fifty feet of deck joists while on a scaffold, use a palm-nailer, what the difference between level and plumb is and how to read structural plans.

2017 marked my 60th birthday (Read Mother Tucker’s Lounge: “What Do You Do With All The Old Stuff: Friends”). I still cannot “accept” that I’ve got more years behind me than ahead of me. This fact makes it more important to keep moving, keep learning, keep pushing and keep rebelling (against the notion of what being sixty “means”). Some might think at this age I need to “HANG ON!”

of thinking I’m owed something (by friends, family or firms)

of believing others who are wrong (about me) must be right

of any doubt that my voice doesn’t matter

of fear, regret and envy

And not just let go – but let go with grace. I’m no saint, so this “letting go” shit is hard. Is it harder than starting a new business, raising a thirteen-year-old son, writing a blog about your foibles you hope somebody reads, living and working in close quarters with two guys and a surly cat, turning sixty or building my own house?

Let’s just say every bit of it, even the good stuff, is a daily challenge for me.

2017 brought all of us losses, trauma and disappointment. Are you going to let that kick you in the ass and bring you down? Or are you going to see it as a challenge and pick up the gauntlet and force your way through the battle – despite doubt or intimidation? Are you going to fight for your life stories - one's you’d be proud to write about at the end of 2018?

Gary is worried that “Nobody will believe the awful stuff that has happened to you.” (Read Mother Tucker’s Lounge “In the beginning”) and that “They won’t want to read a bunch of negative stuff on your blog.”

I hope if for no other reason Mother Tucker’s Lounge has been illuminating to read because of the rotten things that have happened to me (many done by my own stupid hand). The purpose of Mother Tucker’s Lounge is to cast a light on some of life’s bereavements. To look those painful experiences right in the eye, stand up to them and Goddesses willing, turn them into enlightened thought.

I know my limitations, so I’ll close out this end-of-the year blog with the words of someone who says what I’m trying to say so much better – the 13th century poet, scholar and mystic, Rumi:

This being human is a guest house.

Every morning a new arrival.

A joy, a depression, a meanness,

As an unexpected visitor.

Welcome and entertain them all!

Even if they're a crowd of sorrows,

who violently sweep your house

empty of its furniture

He may be clearing you out

for some new delight

The dark thought, the shame, the malice

meet them at the door laughing

and invite them in.

Be grateful for whoever comes,

because each has been sent

as a guide from beyond.