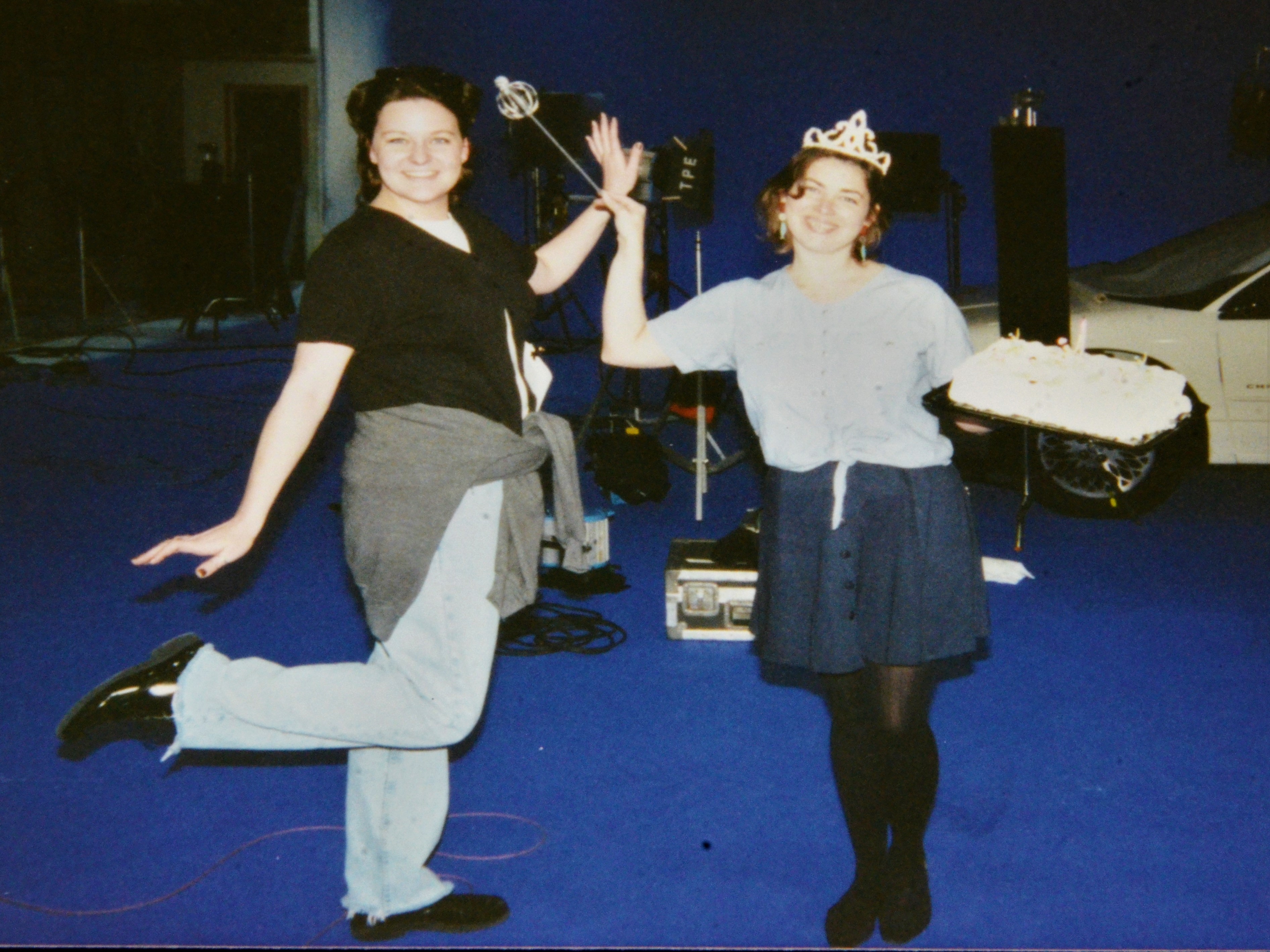 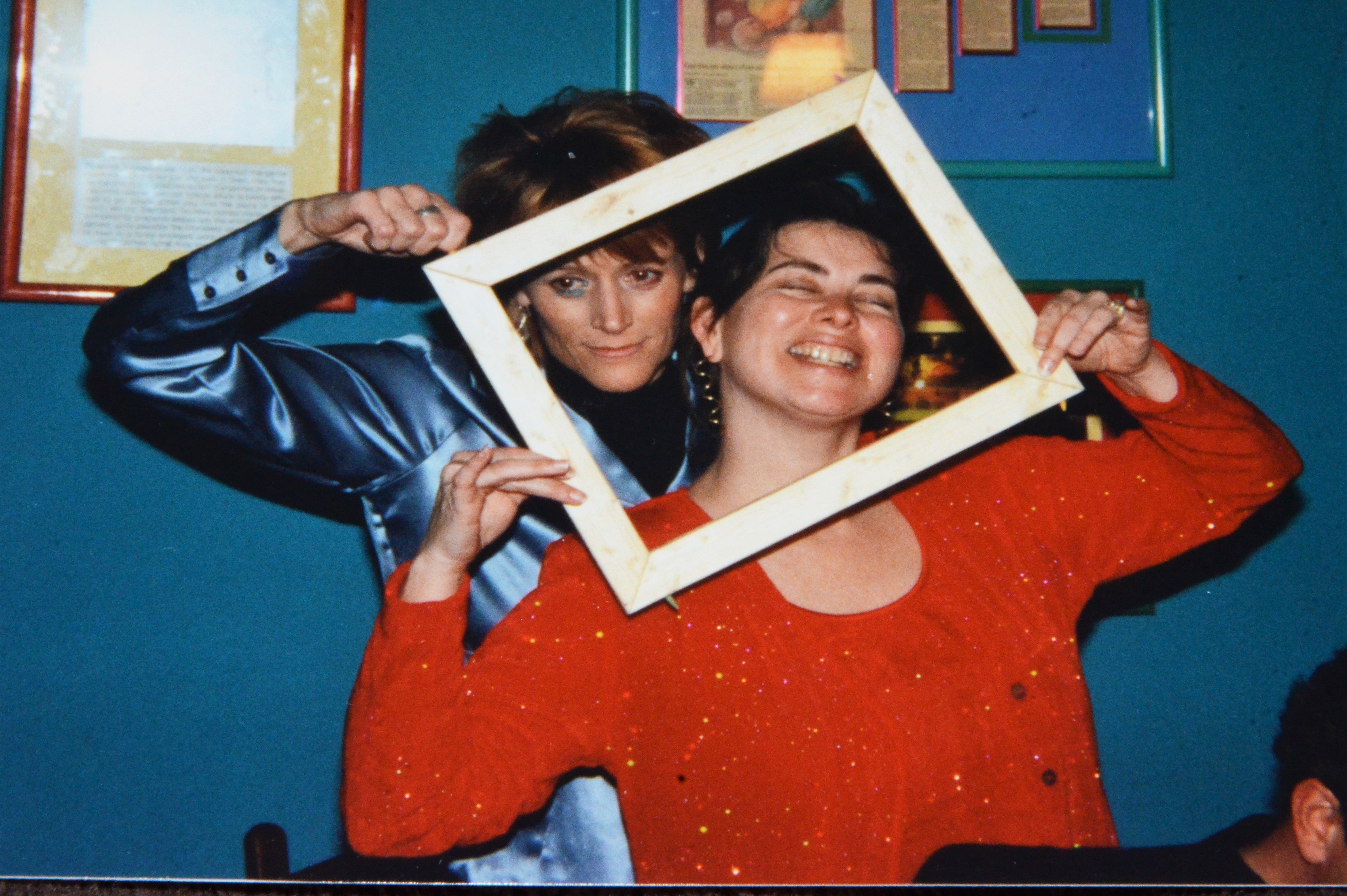 What Do You Do With All The Old Stuff?

Thinking about my 60th birthday this year, I wondered how I'd celebrate the momentous occasion. I knew I didn’t want the kind of party I threw when I turned 50.

For that affair a caterer and band were hired. I displayed my life on large canvases, so guests could view telegram congratulations to my parents, bottle feeding techniques of the fifties and pictures highlighting all the years leading up to my fiftieth birthday. I invited dozens of friends to a hip club. On stage, I belted out “Simply the Best” when jazz singer Yvonne Washington handed me a mic for our duet.

But something felt different about this birthday. I wasn’t interested in any hoopla as I started my sixth decade on this planet – just a desire to share the day with close friends and family.

So my attention turned to just who those friends and family might be. And wondering just how many of them would actually show up.

I realized that between the last noteworthy birthday and this one, I'd been discarded by most of the people I knew and whose friendships I'd nurtured over the course of a dozen or more years. A precious few have remained, but there had been a noticeable disintegration in the number of friends I could count on celebrating this major event with me.

It was time for me to review what happened between the decade that changed my life in such a significant way and why.

I had divorced my husband/business partner of twenty years. It was when he got the business I finally realized just how many friends I had that were strictly business.

Tears for the marriage had all been shed, but losing my company (I kept the house, he kept the business), well that was a different matter. My identity was wrapped up in my career and the production industry, too. When I lost the company, almost all of my colleagues, clients, production crew and staff pushed my little dinghy out into the ocean’s great expanse and waved goodbye to me from the shore.

Like any good actress in a bad made-for-TV movie, I played the part of the duped wife beautifully. Falling prey to the inevitable division of “shared friends” once the smell of divorce was in the air, my calls went unreturned, my emails ignored and my once packed datebook emptied. The work dried up, as did my income. I had my home and young son to support. (A Director of Photography I employed exclusively for years called me once during the divorce asking to buy my house since he figured I could no longer afford to live in it). I was stripped and faceless, pissed off and humbled, excited and terrified.

Forced to begin all over again, my dim bulb grew bright as I started asking myself some hard questions: Celebrating my 40th birthday on the set wearing a tiara, sharing dreams, long lunches and producing good, award-winning work together - were these not forging true and lasting friendships? Providing a creative shop where people could build their reels and resumes and learn new skills was a cultural cornerstone of my companies; as was taking the time to nurture young talent. Did the years of collaboration and fellowship not automatically transfer to my new life as a single, unemployed nobody? Had I ever been a somebody?

In the end, I discovered I was just a vendor or an employer whose true connection to people no longer interested in me was that of a money manager or promoter. More to the point, they were only friends with me because I had something to offer them. And when I didn’t, they were done with me. I was unceremoniously dumped.

You’d think somebody my age would know better – and would do a better job of cultivating and keeping friends. And if not, at least master the ability to recognize “real” from “concocted”.

It’s been four years since the divorce. Social media shows many former friends continue working with my ex and now his new wife at the company I started and built. They broadcast their magnanimous “good works” and get loads of accolades, thumbs-up and likes in response.

Unable to be that magnanimous, I still complain to Gary, “Would it have killed them to have a cup of coffee with me when I reached out to them? Maybe I wasn’t destitute like the strangers they post about helping on Facebook, but I was desperate.” A little kindness would have gone a long way in making me feel less alone during and after my divorce and professional exile. A mental mooring would have been some comfort in my upturned life.

Gary says it’s a waste of my energy to expect something that won’t happen. He remains unwavering in his belief that I’m naive to think these relationships were anything beyond business. That everybody is caught up in their own lives, why would they be thinking about what’s going on in mine? So, therefore, how would they know I’ve been hurt by their spurn? But his real zinger is to tell me that because I was no longer in a position to do anything for them I’ve lost my usefulness.

Me useless? Me expendable? Me forgettable? The illusions of friendship and career fell away. I’ve finally shed the work-as-life devotion. It was harder and took longer than I ever imagined it would.

Bitterness still has a small place in my heart for the people who deserted me when I was down and out. I'm lucky and thankful for the few kind and loving friends I have who see beyond my curriculum vitae and have stuck by me during my many phone calls of woe. I was a drain on their goodwill, time and spirit. It's not easy to maintain a friendship with someone who feels she's lost it all. I am in their debt.

With Gary at my side, I’ve now got a clearer (albeit more jaded) view of the world and my guileless expectations of other people. He won’t do the work for me, but he’s here to snap me out of a crying jag when I get frustrated at having to learn something new and want to give up. And he’s here to celebrate even my smallest victories and steps forward.

My pivotal birthday wasn’t marked with cocktails, music and friends. No invitations went out to a party. No special cake was ordered. No “Over the Hill” cards were inscribed or received. My birthday wasn’t celebrated surrounded by a bevy of supporters, but with cupcakes shared with my two beloved guys, Gary and Tucker. Fifty came in with fanfare and friends. Sixty was marked by embracing the story of my life with all its heartbreaks and the wisdom gained from the losses. It was a fine launch into the next decade.

I continue working on letting go of the hot coal burning in my hand that I want to throw at former "friends". And sometimes when I squint, I can see the path to the path of enlightenment.

I’m happy. I’m gaining momentum. It’s not over yet. I still have time to get it right.